Administration Badalgachhi Thana was formed in 1807 and it was turned into an upazila in 1983. 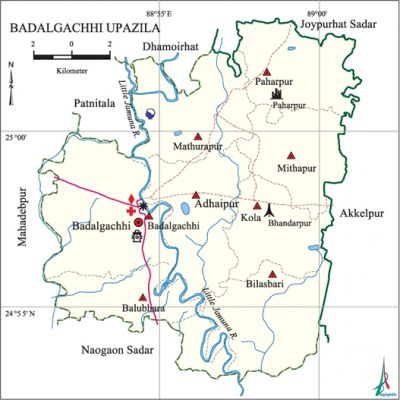 History of the War of Liberation Badalgachhi upazila area was under sector 7 during the war of liberation in 1971. During this time the Pak army killed many people and set on fire many houses of the Kola, Bhanderpur, Mithapur, Balubhara areas. The Pak army brutally killed 11 persons of village Mohanpur. Many Pak soldiers and 2 freedom fighters were killed in a battle between the Pak army and the freedom fighters on 15 October 1971 at Bhandarpur of Kola union. Besides, there was mass killing during the War of Liberation at Sompur Vihara near village Paharpur.