Administration Balaganj Thana was formed on 10 January 1922 and it was turned into an upazila in 1983.' 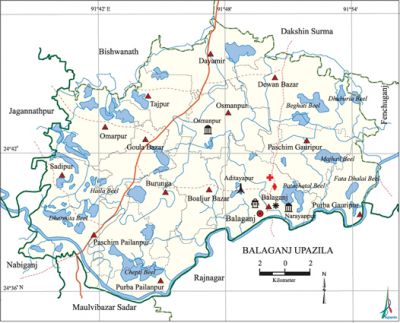 History of the War of Liberation During the war of liberation in 1971 the Pak army brutally killed many people of the upazila; they also plundered and set many houses on fire. On 6 May the Pak army committed mass killing at Ilashpur and they also killed 36 persons at Adatyapur. There were two serious encounters between the Pak army and the freedom fighters at Sherpur and Sadipur resulting in the defeat of the Pak army.'