Administration Bhangura Thana, now an upazila, was formed in 1980. 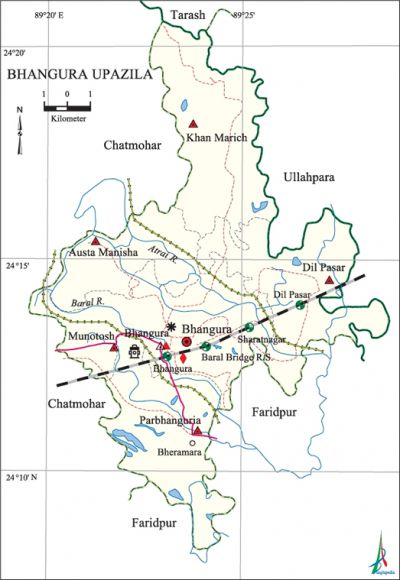 Natural Disasters' Many people of the upazila were victims of the great famine of 1770 (BS 1176). Besides, the floods of 1988 and 1998 caused heavy damage to settlements, crops and livestock of the upazila.