Administration Dakshin Surma Thana was established in 1983 and it was turned into an upazila in 2005. 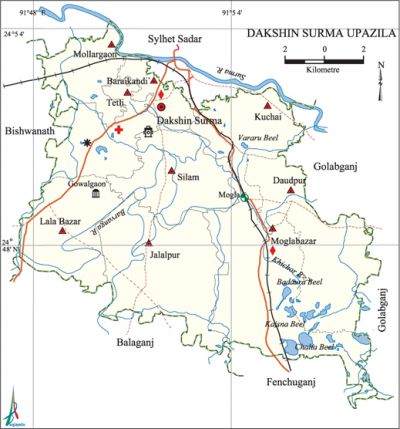 History of the War of Liberation The Pak army entered into the houses of the people and captured a number of people and killed them consequent upon the attempt of resistance by the people of the upazila on 29 March 1971.

Hats, bazars and fairs Hats and bazars are 23; most noted of which are Mogla Bazar, Jalalpur Bazar, Lala Bazar.