Dhaka Collegiate School the first government high school in undivided Bengal was established in dhaka in 1835 as an English Seminary by the British government. Mr. Redge, an English missionary, was made its first headmaster. It was in the premises of this school that the foundation of dhaka college was laid down in 1841. The school building was rebuilt to accommodate the college in its first floor. The school, renamed Dhaka Collegiate School, remained on the ground floor for quite a number of years. Moulana Abdul Latif (nawab abdool luteef, Khan Bahadur CIE) worked as a teacher in the school at that time. 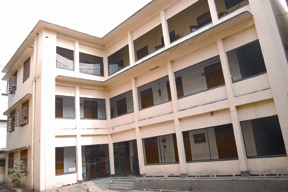 The school was separated from the college and put under control of the inspector of schools in 1908, since when it got the status of a Zila School, although it continued to be called Dhaka Collegiate School. At present, it is located at sadarghat on the bank of the buriganga river and is surrounded by the historic ahsan manzil, Bahadur Shah Park, jagannath college and Dhaka Sadar Post Office. This boys' school now offers courses in humanities, science, commerce and agriculture. The Nawab of Dhaka khwaja abdul ghani was student of first batch of this school. Other noted personalities who were students here include: Physicist Meghnad Shaha, Birshrestha Matiur Rahman, Sharat Chandra Chattopadhyay and Munier Chowdhury. At present it has 2345 students and 53 teachers, of whom 20 were female. [S M Mahfuzur Rahman]