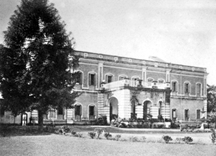 In 1866, Nawab abdul ghani purchased the land in the western part of the garden from one E F Smith and made a splendid garden-house there for his elder son, khwaja ahsanullah. It was named Dilkhusha (heart pleasing). 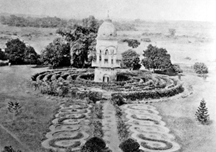 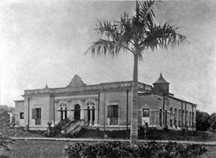 Many significant incidents of social, cultural, and political history of this region took place at the Dilkusha Garden House. In 1885 an Italian pundit came to Dhaka to observe the standard and condition of Sanskrit studies in this country. Nawab Abdul Ghani arranged a conference of the pundits of this country at Dilkusha Garden House on 3rd February 1885. On 21st August 1888 Nawab Ahshanullah gave a grand reception in this garden to Lt. Governor Sir Stuart Bailey, when he came to visit Dhaka. In 1891 an agricultural and industrial fair, like the one held at Shahbag, was arranged at the Dilkusha Garden on the occasion of the Christian New Year.