Administration Gulsan Thana was formed in 1972. Part of Ward no. 20 of this Thana was included in the Tejgaon Industrial Area Thana when it was formed in 2006. Most of the foreign embassies are located in this thana. Besides it has been developed as a major residential area. 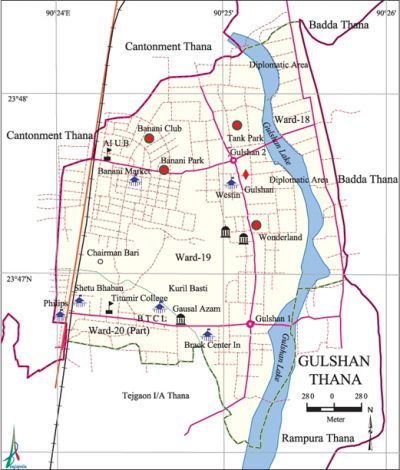