Administration Harinakunda Thana, now an upazila, was formed in 1879. 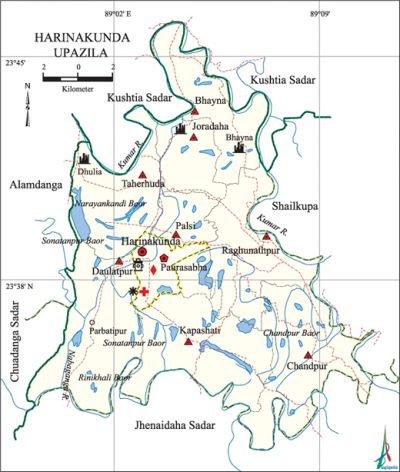 Historical events The great boul and sufi poet lalon shah (1771-1890) and sufi panju shah (1851) were born in this upazila. Bagha Jatin and Kiran Ray participated in the anti British movement. The people of this upazila participated in the indigo resistance movement. On 21 September 1971, an encounter was held between the local freedom fighters and the Pak army at the Shitli playground of the upazila.

Marks of the War of Liberation Memorial monument 1 (on the southern corner of the upazila foot ball playground.