Administration Kachua Thana was formed in 1886 and it was turned into an upazila on 14 September 1983.

History of the War of Liberation On 3 May 1971, the Pak army brutally killed 42 villagers at Shankharikathi Hat of Badhal union. The Pak army in collaboration with the razakars captured 60 persons from the Bhasa Bazar of Maghia union and later shot them dead at a place near the Bhasarhat Bridge of village Maghia. 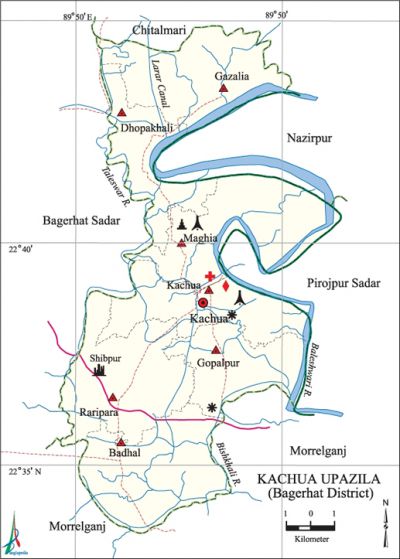