Kahaloo Upazila (Bogra district) area 238.79 sq km, located in between 24°43' and 24°57' north latitudes and in between 89°09' and 89°19' east longitudes. It is bounded by shibganj and bogra sadar upazilas on the north, nandigram and shahjahanpur on the south, Bogra Sadar and Shajahanpur upazilas on the east, adamdighi, dhupchanchia and Nandigram upazilas on the west.

Administration Kahaloo Thana was formed in 1928 and it was turned into an upazila in 1983. 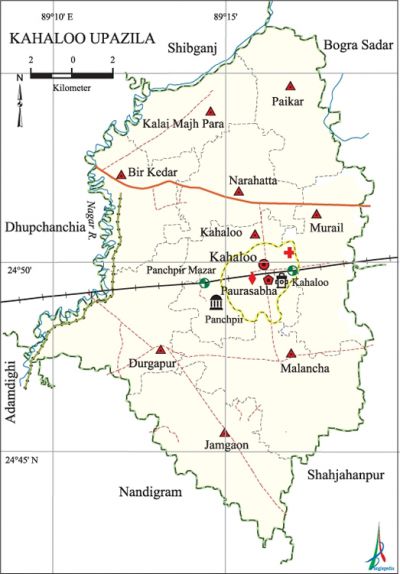