Administration Kaliganj Thana was formed in 1942 and it was turned into an upazila in 1983. 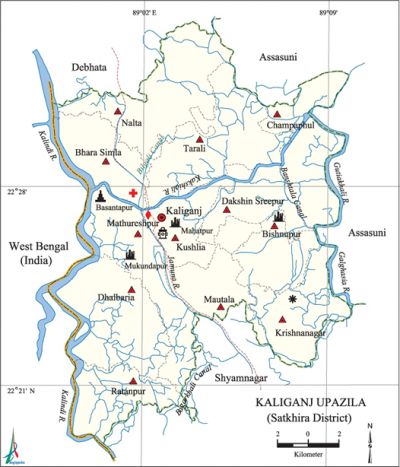 History of the War of Liberation During the war of liberation in 1971 Kaliganj was under Sector 9. During this time a number of memorable encounters between the freedom fighters and the Pak army were held in the upazila most noted of which were at Basantapur, Khanzia, Pirojpur, Nazimganj, Dudli and Ukshar. Kaliganj was liberated on 20 November 1971.

Natural disasters Many people were victims of the cyclones of 1970 and 1988; these also caused heavy damages to settlements, livestock and crops of the upazila.'