Karnafuli Thana (Chittagong metropolitan) area 136.59 sq km, located in between 22'11' and 22'24' north latitudes and in between 91'48' and 91'52' east longitudes. It is bounded by bakalia and chandgaon thanas and boalkhali upazila on the north, Anwara upazila and bay of bengal on the south, patiya and anowara upazilas on the east, patenga, kotwali, bandar and double mooring thanas and karnafuli river on the west.

Administration Karnafuli Thana was established on 27 May 2000 comprising parts of Anwara, Boalkhali and' Patia upazilas. 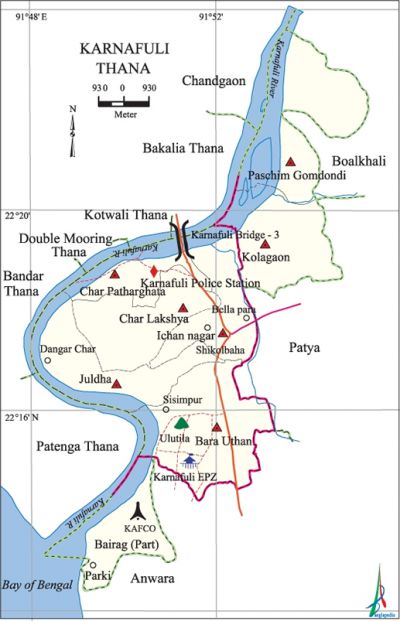