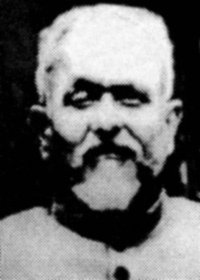 Khan, Principal Ibrahim (1894-1978) educationist and writer, was born in a peasant family in the village of Shabaj Nagar in tangail district. Ibrahim Khan passed the Entrance examination from Pingna High School in 1912, FA from anandamohan college in 1914 and BA (Hons) from St. Paul's CM College in 1916. He passed MA from Calcutta University as a private candidate. He also obtained his law degree in 1918.

In 1919, Ibrahim Khan started his career as Headmaster of Karatia High School. Subsequently he became the Principal of the newly established sadat college, Karatia. In the mean time he also practised law at Mymensingh. Ibrahim Khan participated in the Non-cooperation and Khilafat movements (1920-1922). He was elected a member of the Bengal Legislative Assembly in 1946 and of the Constituent Assembly in 1953. He was President of the Primary Teachers’ Association from 1947 to 1971 and of the East Pakistan Secondary Education Board from 1948 to 1952.

As a writer, Ibrahim Khan was inspired by the idea of Muslim renaissance. In several of his books, such as Kamal Pasha (1927), Anwar Pasha (1939), Istambul Yatrir Patra (1954), Beduiner Deshe (1956), he wrote about Muslim heroes and about the Islamic countries that he had visited. His other books include Byaghra Mama (1951), Rn Parishodh (1955), etc. His memoirs, Batayan (1967), are an important record of the Muslim society of the early years of the 20th century. He was conferred the titles of 'Khan Sahib' and 'Khan Bahadur' by the British government and the 'Sitara-i-Imtiaz' by the Pakistan government. He received the Bangla Academy Award in 1963 for his contribution to drama and the Ekushey Padak in 1976 for literature. He died in Dhaka on 29 March 1978. [Mohammad Daniul Huq]