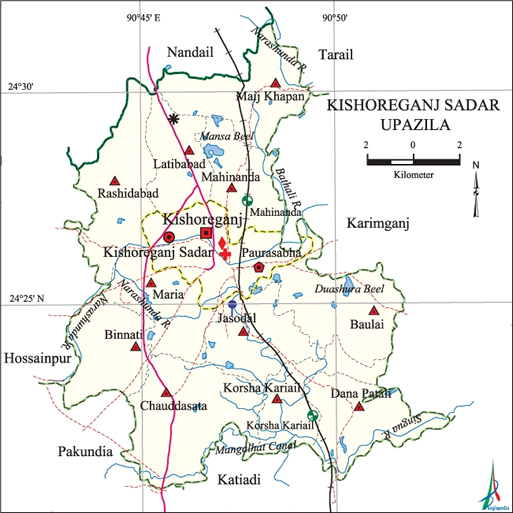 History of the War of Liberation In 1971 the Pak army conducted mass killing and plundering in different villages of Kishoreganj sadar upazila; they also set many houses of the upazila on fire. During the war of liberation the Pakistan army brutally killed 360 innocent people at Baraitala in Jasodal union.