Matiranga Upazila (khagrachhari district) area 495.39 sq km, located in between 22°56' and 23°24' north latitudes and in between 91°44' and 91°58' east longitudes. It is bounded by the tripura state of India on the north, ramgarh upazila on the south, panchhari, khagrachhari sadar and mahalchhari upazilas on the east, Tripura state of India on the west.

Administration Matiranga Thana, now an upazila, was formed in 1980. 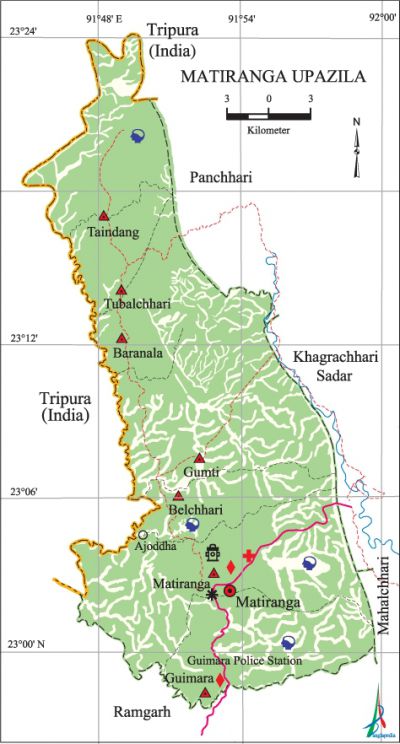