Administration Panchhari Thana was formed on 1 October 1976 and it was turned into an upazila in 1984. 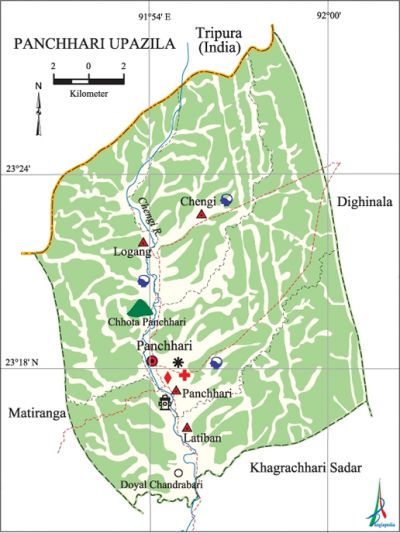 Historical events In June 1986, the members of the shanti bahini' of the Chittagong Hill Tracts killed 105 persons of Damdam, Kalanal and Chhantila areas of the upazila. On 5 March 1998 the armed cadres of the Shanti Bahini surrendered their arms and ammunitions at Dudukchhara under Logang union as per the chittagong hill tracts peace accord, 1997. The Shanti Bahini was declared disbanded on this day.

Hats, bazars and fairs Hats and bazars are 3, fair 1, most noted of which are Logang Bazar, Puijagang Bazar, Ultachhari Bazar and Bijay Mela at Panchhari Sadar.