Patharghata Upazila (barguna district) area 387.36 sq km, located in between 22°14' and 22°58 north latitudes and in between 89°53' and 90°05' east longitudes. It is bounded by mathbaria and bamna upazilas on the north, bay of bengal on the south, barguna sadar and the bishkhali river on the east, sarankhola upazila and the Haringhata river on the west.

Administration Patharghata thana, now an upazila, was formed in 1925. 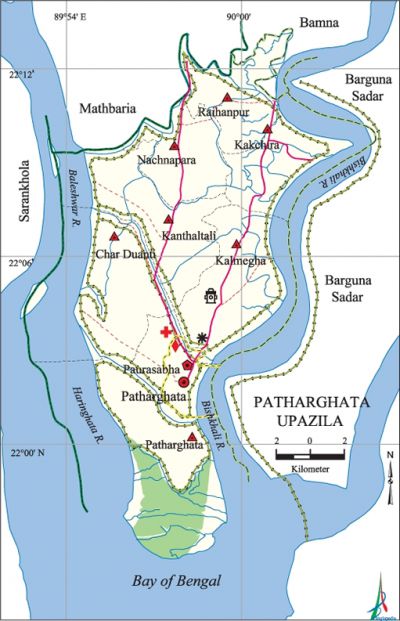 Natural disasters About 400 people were victims of the tidal bore of 12 November 1971 and the tornado of 17 September 2006; these natural disasters also caused heavy damages to settlements, crops, livestock and other properties of the upazila.