Peat an unconsolidated deposit of semi-carbonised plant remains in a water saturated environment, such as a bog or fen and of persistently high moisture content. It is an early stage or rank in the development of coal; carbon content is about 60% and oxygen content is about 30%. Structures of the vegetal matter can be seen. When dried peat burns freely.

Geological Survey of Pakistan (GSP) and geological survey of bangladesh (GSB) discovered considerable quantities of peat deposits in various localities of Bangladesh. Amongst the deposits Baghia-Chanda beel of madaripur district, Kola Mauza of Khulna district, Chatal Beel of Maulvi Bazar district, Pagla and Salla of sunamganj district are worth mentioning. GSP started to investigating peat since 1949 and in 1953 the first peat field at Baghia-Chanda Beel of Madaripur district was discovered. The survey continued in the years 1954 and 1955 and peat was found to extend in an area of 500 sq km. Further detail investigation on reserves continued in the years 1955-57 and 0.6m to 3.3m thick (average 2m) peat was found from the surface to near surface (up to 4m depth). The reserve of the dry peat is calculated as 150 million tons. Fried Krupp Rhostoff, a German Company worked on this peat for its utilisation.

Investigation on the peat deposits at Khulna area was started in 1961 and peat was found in this year at Terokhada, Mollarhat at Kola Mauza and Khulna Sadar area. Detail investigation on the peat at Kola Mauza continued in 1962 and 12 cm to 4m thick surface to subsurface (4 cm to 2.5m depth) peat was found in an area of 25 sq km. The deposit of dry peat in this area is 8 million tons. Bangladesh Mineral Development Corporation in collaboration with GSB studied on the utilisation of this peat in 1986. Later, in the same year, SNCWP Canadian Associates, a Canadian Institution worked on the same peat and opined that the peat can be mined for the production of electricity. 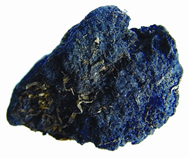 In 1953 two deposits of peat fields in an area of 9.6 sq km and 5.9 sq km were discovered at Maulvi Bazar and adjoining area at the surface to near surface (1.3m depth). The peat fields occupy a valley. The thicknesses of the peat are 1.60m and 1.30m and the reserves of the dry peat are 2.1 million tons and 0.80 million tons respectively. Besides these peat fields, GSB discovered huge deposits of surface to near surface (1.25m) in an area of 13.8 sq km at chalan beel area of Maulvi Bazar district in 1984. The average thickness of the peat is 3m and so far the reserve of dry peat is 6.21 million tons.