Administration Pirojpur Thana was formed in 1790 and it was turned into an upazila in 1983. 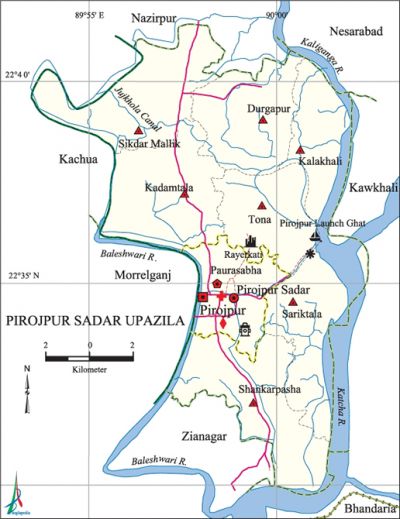 History of the War of Liberation In 1971 the Pak army raped and brutally killed a woman named Bhagirathi for alleged supply of Pak military information to the freedom fighters. She was tied with a motor cycle to be dragged until death, and her dead body was thrown into the Baleshwari river.

Marks of the War of Liberation Memorial monument 1 (Baleshwari Kheyaghat).