Administration Raipur Thana was formed in 1877 and it was turned into an upazila on 24 March 1983. 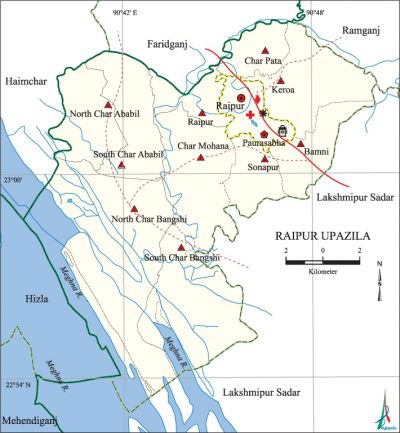 Marks of the War of Liberation Memorial monument 1 (in front of the Upazila Parisad Auditorium).

Hats, bazars and fairs Hats and bazars are 28, most noted of which are Raipur Bazar, Haiderganj Bazar, Khaser Hat, Rakhalia Hat.