Administration Sapahar Thana was formed in 1979 and it was turned into an upazila on 1 March 1985. 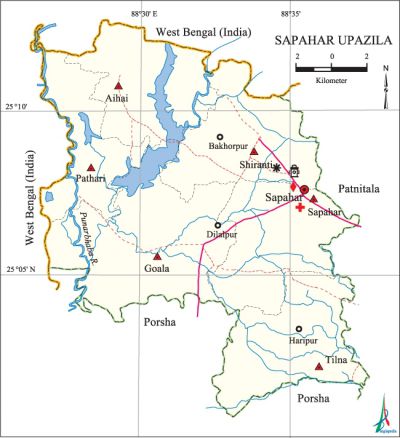 History of the War of Liberation Sapahar upazila was under Sector 7 during the war of liberation. On 14 August the freedom fighters killed 5 Pak soldiers and destroyed a jeep by dynamite explosion on the Hapania Road. In retaliation, the Pak army conducted indiscriminate mass killing at Hapania and the nearby villages. The Pak army conducted mass killing at village Pahari Pukur of Aihai union and at Hatidanga on the backyard of Sapahar Mohila College.

Marks of the War of Liberation Mass grave 1 (Hatidanga).