Administration Shivalaya Thana was formed in 1919 and it was turned into an upazila in 1983. 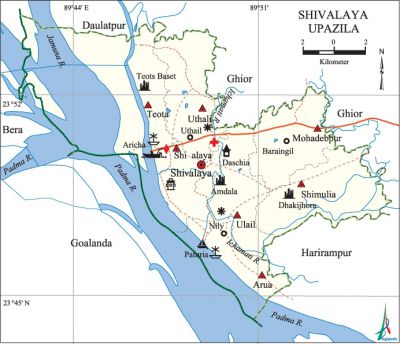 History of the War of Liberation During the war of liberation in 1971 the Pak army attacked the camp of the freedom fighters located at Nayabari in November; the battle that followed continued for four hours resulting in the retreat of the Pak army.