Sitakunda Upazila (chittagong district) area 483.97 sq km, located in between 22°22' and 22°42' north latitudes and in between 91°34' and 91°48' east longitudes. It is bounded by mirsharai and fatikchhari upazilas on the north, pahartali thana on the south, Fatikchhari, hathazari upazilas and panchlaish thana on the east, sandwip upazila and Sandwip channel on the west.

'Administration Sitakunda Thana was formed in 1979 and it was turned into an upazila in 1983. 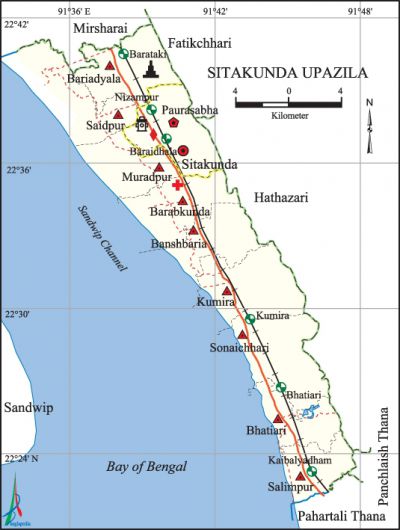