Administration Tongibari Thana was turned into an upazila in 1983. 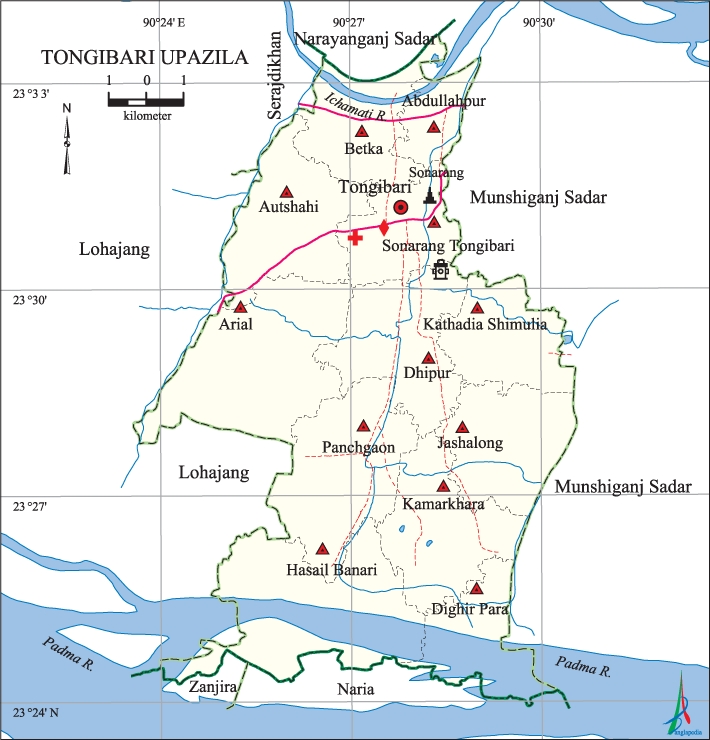 History of the War of Liberation During the war of liberation in 1971 the Pakistani soldiers killed 15 innocent villagers at Paler Bari in Abdullahpur union. At the end of September, the freedom fighters attacked the police station of Tongibari and captured a large number of arms and ammunitions.

Marks of the War of Liberation Memorial sculpture 1.

Fisheries, dairies and poultries This upazila has a number of fishery, dairy and poultry.

Sources of drinking water Tube-well 95.97%, tap 0.49%, pond 0.46% and others 3.08%. The presence of arsenic in an intolerable level has been detected in the shallow tube well water of the upazila.

Natural disasters Many people were victims of the earthquake of 1304, the famine of 1944 and the flood of 1991 these natural disasters also caused heavy damages to settlements, crops and livestock of the upazila.