Administration Zanjira Thana was formed in 1973 and it was turned into an upazila in' 1984. 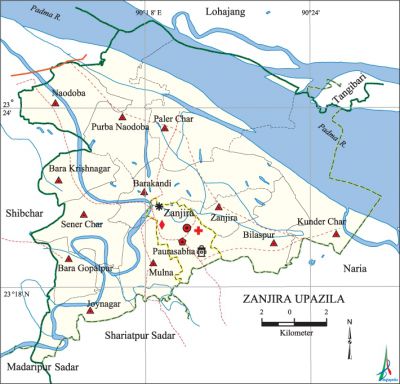 History of the War of Liberation During the war of liberation in 1971 a number of skirmishes were held between the freedom fighters and the Pak army in this upazila. During this time the local razakars burnt the village south Namakandi; they also caused heavy damages in the village. A number of freedom fighters of this upazila were killed during the War of Liberation.

Marks of the War of Liberation Martyrs' memorial 1; memorial monument 6.

Hats, bazars and fairs Hats and bazars are 16, fairs 4, most noted of which are Kazir Hat and Laukhola Hat.