Administration Atwari, established as a thana under Jalpaiguri district of West Bengal in 1903, was included in Dinajpur district after the partition of 1947 and had been a thana under Panchagarh sub-division since 1980. It was turned into an upazila on 7 November 1983. 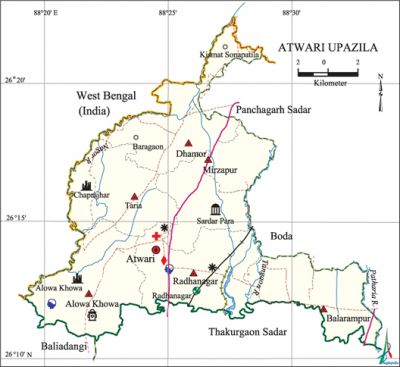