Administration Biral Thana was formed in 1915 and it was turned into an' upazila in 1984. 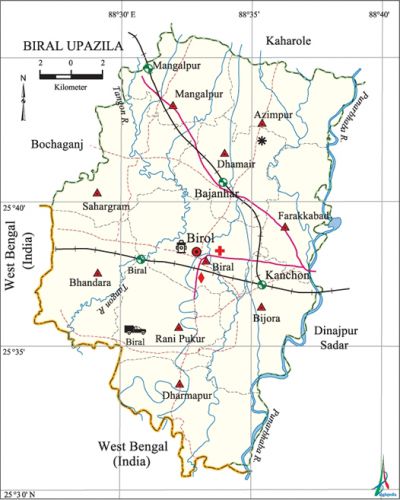 Natural disasters Heavy damages to settlements, livestock and crops of the upazila were caused due to floods of 1968 and 1988.