Administration Comilla Sadar Upazila, which was established in 1983, was reconstituted and renamed as Comilla Adarsha' Sadar Upazila in 2005. 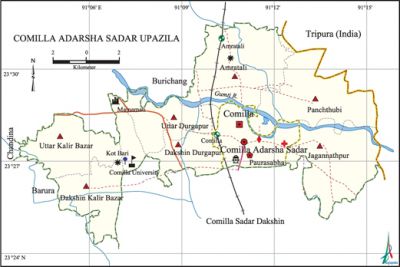 Marks of War of Liberation Memorial monument 1 (in front of Comilla Victoria College).