Administration Mohammadpur Thana was formed in 1924 and it was turned into an upazila in 1983. 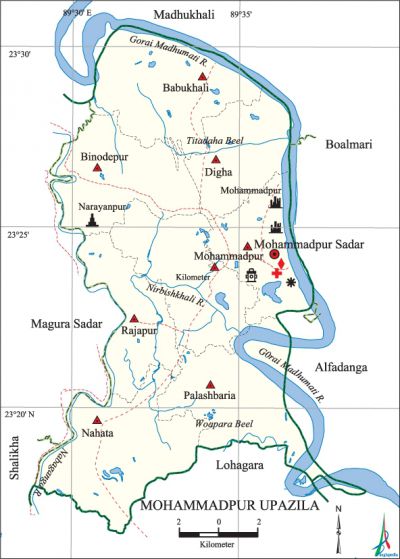 Historical events 'During the reign of Emperor Jahangir, Raja Sitaram Roy (Zaminder of this region) stopped paying tax to the emperor and declared himself a sovereign king. He renamed his capital as Mohammadpur (previous name was Bagjan) after the name of Muslim Fakir Mahmud Shah.