Administration Niamatpur Thana was formed in 1918 and it was turned into an upazila in 1983. 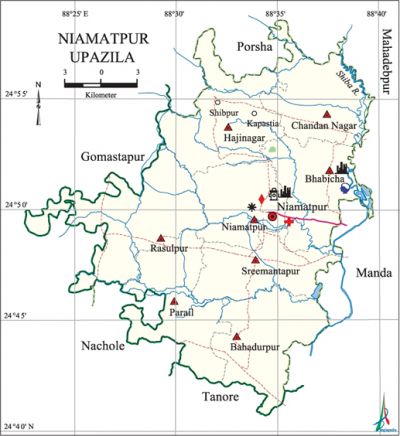 History of the War of Liberation In April 1971, the Pak army launched surprise attack on villages Bhabicha and Niamatpur and killed a number of innocent people; they also conducted heavy plundering and set many houses of these villages on fire. During the war of liberation 11 freedom fighters including Dewan Azizar Rahman and MNA Salek Chowdhury launched an attack on the Niamatpur Police Station in which 6 razakars surrendered to the freedom fighters with their arms and ammunitions.