Badruddin Ahmad Siddiky was born on 4 January 1915 in Dhaka in the Baliadi Zamindar family and was the eldest of three sons of Borhanuddin Ahmad Siddiky and a nephew of kazemuddin ahmad siddiky. He had his early schooling at Galimpur. In 1932, he passed his Intermediate Arts from Dhaka College, where he was the tennis champion. At the age of twenty, his political ambition sprouted with his joining the All India muslim league in 1935. He graduated from Calcutta University and obtained a law degree from Dhaka University in 1937. He started law practice as a junior partner of huseyn shaheed suhrawardy. In 1946, he joined the Calcutta High Court as an advocate and was involved in the Commission on the Hindu-Muslim riots of Calcutta. After the partition of 1947, he moved to Dhaka and started practice in Dhaka High Court.

From 1952 to 1957, he served as the Legal Counsel to the State Bank of Pakistan and to various private companies. In 1957, he was appointed the Attorney General of East Pakistan. In March 1960, he was elevated to the Bench of the Dhaka High Court as a judge. He was appointed the Chairman of East Pakistan Red Cross two years later. In 1967, he was elected to the Executive Committee of World Judges Conference in Geneva with Earl Warren, the Chief Justice of the United States of America, as chairman. On 16 November 1967, he became the Chief Justice of East Pakistan High Court. 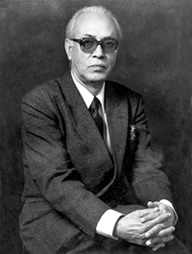 In 1969, he was appointed the Chairman of Pakistan Red Cross and in the same year he was elected for a term of 4 years as one of the four Vice Chairmen of International League of Red Cross (ICRC). In 1969, he was instrumental in the construction and implementation of the First Radar System in Cox's Bazar with the help of the Swiss Red Cross. In the worst tidal bore ever to hit the coastal areas of Bangladesh in 1970, as Chairman of the Red Cross, he was instrumental in organising, coordinating and delivering the relief to the suffering people.

Justice Siddiky was restrained from any direct participation in the independence efforts. However, he did help Bangladesh as the Chairman of Pakistan Red Cross and Vice Chairman of ICRC. Justice Siddiky co-ordinated relief during the War of Liberation for the entire country and its people with the help of ICRC.