University of Rajshahi the second largest university of Bangladesh is located 5 km north of the rajshahi city. The recommendation for establishment of the university was made by the sadler commission formed by the calcutta university in 1917 to conduct a feasibility study for a university for the students of the northern and southern regions of Bengal. The report of the Commission was shelved for long and only in 1953, the government of East Pakistan adopted the Rajshahi University Act 1953, which was published through a gazette notification on 16 June 1953. The Governor of East Bengal was the chancellor and Dr Itrat Hossain Juberi, the Principal of rajshahi college was appointed the first vice-chancellor of the university. He and a patron of learning Mr Madar Baksh worked together to prepare a plan for the university. All intermediate and degree colleges and also the colleges of vocational and technical education of Rajshahi and Khulna divisions were affiliated to the newly established university.

The university is now governed by the Rajshahi University Act 1973. According to the act, the President of Bangladesh is its Chancellor and the activities of the university are regulated by the senate, syndicate, academic council, finance committee and other statutory bodies. The Vice-Chancellor is the executive head and he is assisted by Pro Vice-Chancellor, Treasurer, Registrar, Controller of Examinations, and a set of other officers. 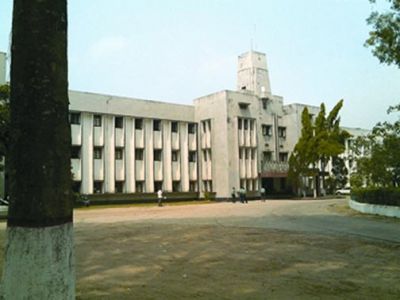 The academic programmes of the university commenced from 1953-54 session with post-graduate courses in Philosophy, History, Bengali, English and Mathematics. New courses introduced within the next three years were in Geography, Psychology, Islamic History and Culture and Commerce. The classes were held in the Rajshahi College building in evening shift. The first teachers of the university were the senior professors of Rajshahi College. Some hostels were developed at different locations of the Rajshahi town.

The present campus of the university is at Matihar on 298.2 hectares of land acquired for the purpose and the construction of new buildings and structures started in 1958. A master plan for the campus was designed by a foreign architect John A Zomanec. The construction of the first phase to accommodate all offices and academic units was completed in 1964. At present (2011), the university has two administrative buildings, a senate house, 8 academic buildings, 15 residential halls for students (4 for girls), residential houses for teachers and other staff (including separate houses for the Vice Chancellor and Pro Vice-Chancellor), the central library building, central mosque, central auditorium, students' union building, medical centre, press, guest house and a cafeteria. Some institutes, special departments and facilities of the university are located within the campus and in the town. These include the Institute for Bangladesh Studies (IBS, 1974), Institute of Biological Sciences (IBSc, 1989), Institute of Environmental Science (2000), Institute of Education and Research (2000), Institute of Business Administration (2000), the Department of Fine Arts, the University School and College, a rail station, the varendra research museum and Barakuthi Building. A sculpture of the war of liberation, the Sabash Bangladesh and a Shaheed Minar have been erected at the campus. 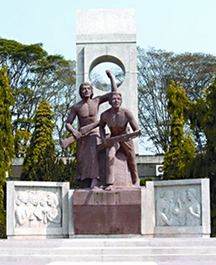 Initially the University had only post-graduate courses. Honours courses in the university were introduced in 1962. In 1953, there were only two faculties, Arts and Law with 7 departments. In 2010-11 session, the number of faculties stood at 9 and these had 47 different departments of all major branches of humanities, pure and applied science and commerce as well as new and modern disciplines. The five institutes of the university are those of Bangladesh Studies, Biological Sciences, Education and Research, Environment Science and of Business Administration. The university does not have any affiliated college now as all the degree colleges of Rajshahi and Khulna were put under academic control of the national university established in 1992.

At the beginning in 1954, the university had only 156 students including 5 girls and in 2001, the number of students stood at about 20,000. The university now has 804 teachers, 472 officers, and about 1,600 support staff. Degrees offered by the university include bachelors (honours) and Masters in different disciplines as well as MPhil, PhD, diplomas and Certificates. The departments and institutes of the university have so far (2000) produced 168 MPhils and 289 PhDs.

The central library of the university, the second largest library of the country has a collection of 250,000 books and journals of 2000 titles. In addition, there are libraries in all institutes and students' halls and almost all departments. The university has a relatively large computer centre that provides e-mail and internet services. The transport pool of the university launched in 1967 has a fleet of vehicles for transporting students, teachers and staffs staying outside the campus. 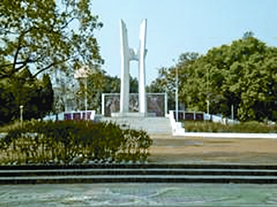 The university has a good record of performances in sports and cultural activities. The physical education department of the university has 27 instructors, a 25,000-seat stadium, 2 gymnasiums, 1 swimming pool, 4 football grounds, 1 hockey ground, 4 tennis courts, 2 basketball courts and a squash court. The teachers and students of the university organise cultural events on various occasions including reception of fresh students, new years day and ekushey february. Annual cultural competition is a popular event in the life of the university. Many cultural organisations are now active in the campus and some of them received national recognition. The Teachers Students Centre is the main arena of cultural activities in the campus.

Rajshahi University has a great role in all major historical movements of the country. The Pakistan army during the mass movement in 1969 killed Dr mohammad shamsuzzoha, a professor of Chemistry and the proctor of the university. During the War of Liberation they killed three other teachers: Habibur Rahman of Mathematics, Mir Abdul Quaiyum of Psychology and Sukhranjan Samaddar of Linguistics, 15 non-teacher employees and 9 students of the university. The name of the university is associated with many famous researchers and academicians who worked here in different capacities. Some of such people are Dr muhammad shahidullah, Dr muhammad enamul haq, Dr AR Mallick and Dr abdul karim. The university offered honourary DLit to the French philosopher Andre Malraux in 1973. [Mahbubar Rahman]