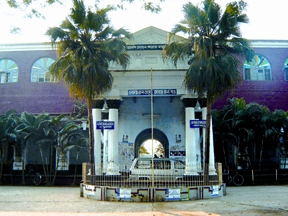 After the death of Ananda Mohan Bose (1906) the grant from the Calcutta City College discontinued. With the permission of the Calcutta University, the Mymensingh City College became an independent organisation on 31 March 1908, and accordingly, the management committee of the college was reconstituted. The new committee changed the name of the college and thus it came to be known as Mymensingh College. With this name, the college got the recognition of Calcutta University on 23 June 1908. Financially, the college was included in the government scheme of grant-in-aid.

The Ananda Mohan College was managed privately with government-grant-in aid' until 1963. It was nationalised during the 1963-64 sessions and named as 'Government Ananda Mohan College'. Honours course in Bangla and General History were introduced from the same academic session. The physical and academic facilities were created to meet the new needs. A two-storied academic building, an auditorium, one student's common room and a library were constructed. Later honours courses were introduced in some more subjects in 1972. At present (2010), the college conducts Honours and Masters courses in 18 subjects including Bangla, English, History, Islamic History and Culture, Philosophy, Islamic Studies, Economics, Political Science, Social Welfare, Sociology, Botany, Zoology, Mathematics, Physics, Chemistry, Geography and Environment, Management and Accountancy. All these courses were introduced in the nineteen nineties. The college later was affiliated with National University and a new 4-storied academic building was constructed to meet new requirements.