Administration Bakerganj Thana was formed in 1874 and it was turned into an upazila in 1983. 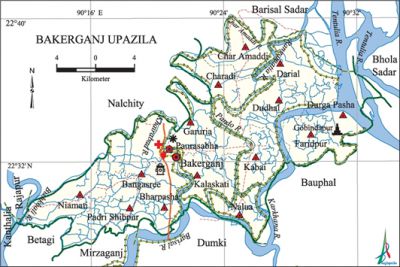 History of the War of Liberation During the war of liberation the Pak army killed 181 freedom fighters at a place near the Kalaskati market. Besides, the Pak army conducted mass killing and plundering; they also set many households of the upazila on fire.

Natural Disasters' Famine occurred in 1906 due to damage of crops attacked by Pamri Poka (infectious insects).'