Administration The Comilla region was once under ancient Samatata and was later a part of the Tripura State. This district came under the control of the kings of the Harikela in the ninth century AD. Lalmai Mainamati was ruled by Deva dynasty (eighth century AD) and Chandra dynasty (during tenth and mid eleventh century AD). It came under the rule of East India Company in 1765. This district was established as Tippera district in 1790. The district was renamed Comilla in 1960. Chandpur and Brahmanbaria sub-divisions of this district were transformed into districts in 1984. 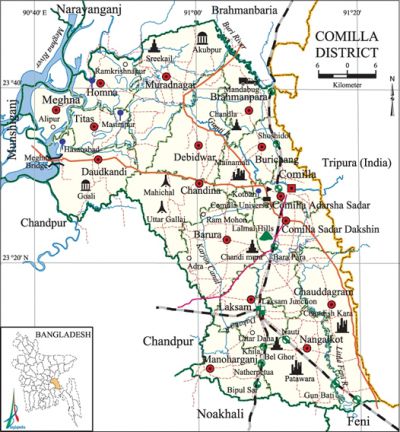