Demra Thana (Dhaka metropolitan) area 19.36 sq km, located in between 23°40' and 23°45' north latitudes and in between 90°27' and 90°31' east longitudes. It is bounded by khilgaon thana on the north, narayanganj sadar upazila on the south, rupganj and sonargaon upazilas on the east, kadamtali, jatrabari and sabujbagh thanas on the west.

Administration Demra Thana was formed in 1973; later on the thana was reconstituted. 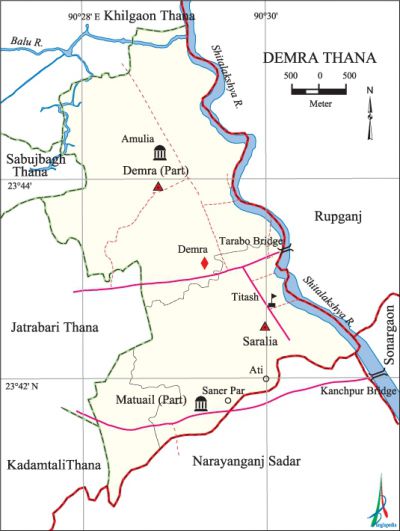 Hats, bazars and fairs Hats and bazars are 10; most noted of which are Saralia Hat and Rani Market.'