Administration Derai Thana was formed in 1942 and it was turned into an upazila in 1982. 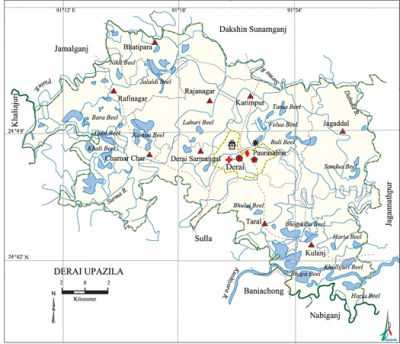 Historical events Nankar Rebellion was held in this upazila in 1938. On 25 August 1971 an encounter was held between the freedom fighters and the Pak army in which Muktijoddhas like Azim Ullah, Kuti Miah and Gopendra Das were killed and while Adul Khaleque and Company Commandar Ataur Rahman were wounded.

Natural disasters The floods of 1974 and 1988 and the tsunami of 2004 caused heavy damages to settlements and properties of the upazila.'