Administration Baniachang thana, now an upazila, was formed in 1790. ' 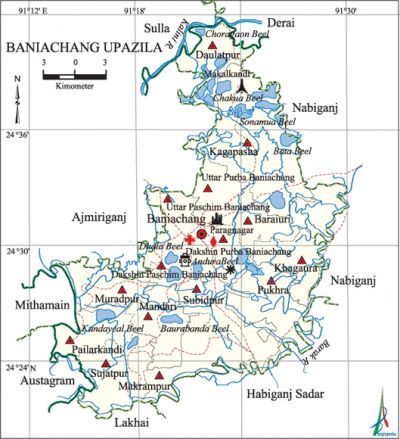 Historical events A battle was fought between anwar khan (zamindar of Baniachang) and the Mughal army at Baniachang in the first decade of the 17th century. Anwar Khan, in collaboration with the Bara Bhuiyans, faught against the Mughals.

Marks of the War of Liberation Mass killing site 1 (Makalkandi).