Administration Feni Sub Division was established in 1976 and it was up graded to a district in 1984. Of the 11 districts of Chittagong Division, Feni district occupies the 11th position and it occupies the 61st position among the 64 districts of Bangladesh. Of the six upazilas of the district sonagazi is the largest (235.07 sq km) and parshuram is the smallest (97.58 sq km). 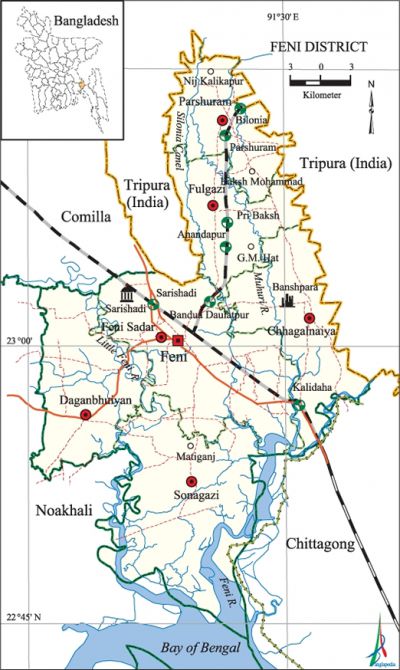