Administration Gopalganj Sadar Thana was turned into an upazila in 1984. 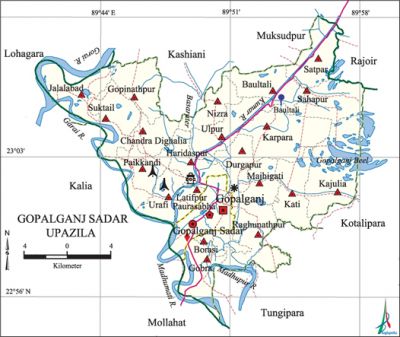 Marks of the War of Liberation Mass killing site 2 (Paikkandi and Urafi).

Natural resources Pit coal has been discovered in the Chandar Beel of the upazila.