Administration Kotalipara upazila was formed in 1983. 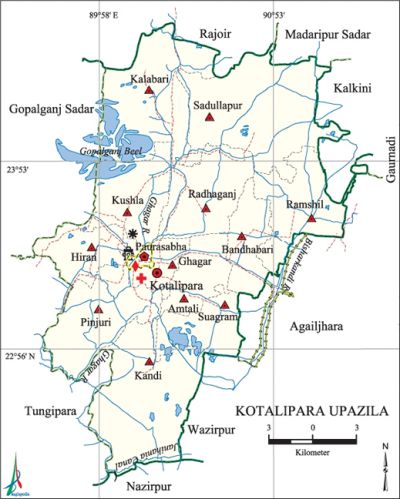 Marks of the War of Liberation Memorial monument 1 (in memory of 16 freedom fighters).

Natural resources Pit coal has been discovered in the in the Bagiar Beel area of the upazila.