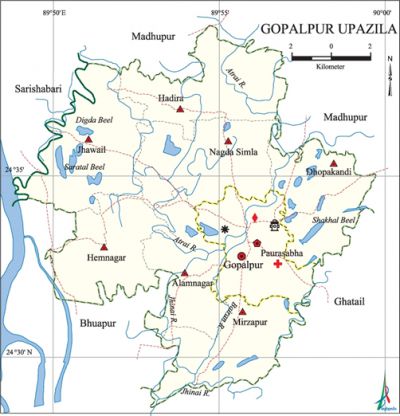 History of the War of Liberation In the first week of April 1971 the freedom fighters under Banga Bir Kader Siddiqui raided the Gopalpur Police Station and captured all arms and ammunitions; they also set the thana building' on fire.

Natural disasters The flood of 1988 caused huge loss of life and heavy damages to settlements, crops and other properties of the upazila.