Administration Gurudaspur Thana was formed in 1917 and it was turned into an upazila in 1984. 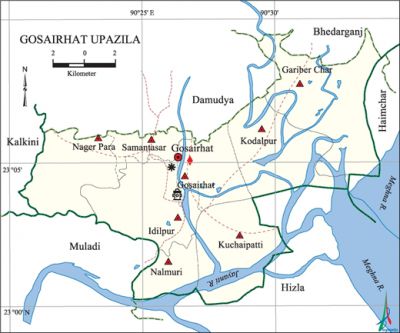 History of the War of Liberation The Pak army conducted mass killing in the upazila on 19 April 1971 in which more than one hundred persons including Dilip Kumar Sarkar, Dr. Manindranath Sarkar and Nabaram Mazumder were killed.

Hats, bazars and fairs Hats and bazars are 15, fairs 2, most noted of which are Chachkoir Bazar, Charak Mela and Rather Mela.