Administration Kalkini Thana was formed in 1909 and it was turned into an upazila on 1 February 1984. 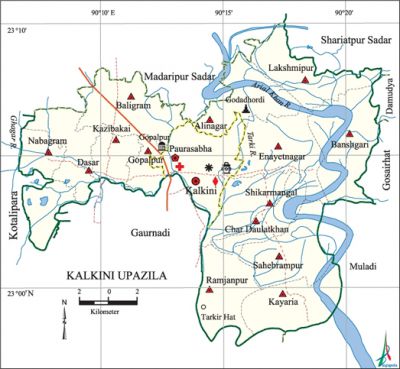 History of the War of Liberation During the war of liberation in 1971 Freedom Fighter Anil Chandra Mallick was killed in an encounter with the Pak army. Besides, the Pak army conducted heavy plundering and genocide in different villages of the upazila. They also set many houses of the upazila on fire.