Administration Khalishpur Thana was formed in 1986.

History of the War of Liberation A battle was fought in the area adjacent to Baikali Cinema Hall and Boyra Girl's College in 1971 in which some members of the Pak army and a number of freedom fighters were killed. Besides the massacre in the house of Munshi Siddiqur Rahman by the Pak army ruthlessly killed 13 persons. This was popularly known as the 'Tragedy of Munshi House'. 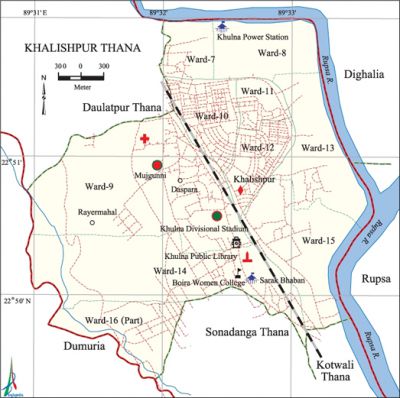 Marks of War of Liberation Monument 1.

Hats, bazars and fairs Hats and bazars are 4, fair 3.