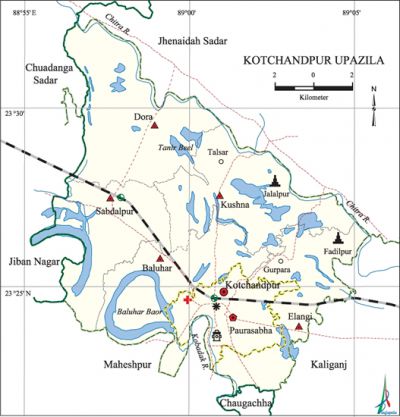 Memorable event In 2006, a fighter plane of the Bangladesh Air Force was crushed at village Baharampur under Kushna union in which the pilot Taniul Alam was killed.

Fisheries, dairies and poultries This upazila has a number of fisheries, poultries, artificial cattle breeding centre and hatcheries.