Administration Maheshpur Thana was turned into an upazila in 1983. 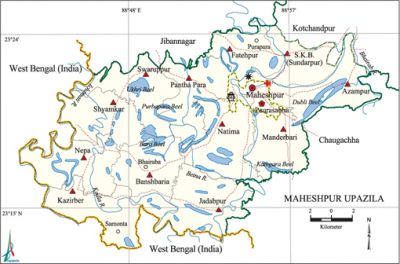 Natural disasters Heavy water fall from the hill on 9 September 2009 caused serious flood in the region; it also caused heavy damages to semi-pucca settlements and crops of the upazila.