Administration Narayanganj Municipality was formed in 1876. 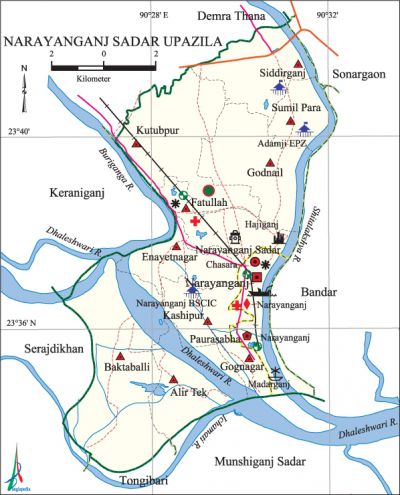 Historical events The reception meeting was held in 1949 at the Rahmatullah Institute of Narayanganj in honour of Huseyn Shaheed Suhrawardy on the occasion of his coming to Dhaka from Kolkata. The people of Narayanganj took active role in the language movement of 1952. During the war of liberation the freedom fighters raided Razakar Camp at Baburail Bridge and killed 7 rajakars. On 29 November the Pak army shot 139 persons dead at a place on the bank of the Buriganga in Dikri Char area of the upazila.