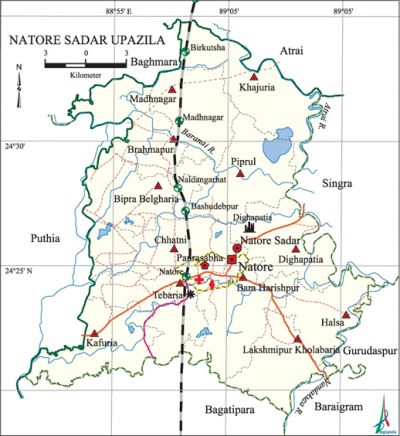 Historical events indigo resistance movement was held in this district during 1859 to 1860. In 1932 a movement was launched at village Birkutsa against the zamindars in protest of increased rate of land tax. During the war of liberation a direct battle was fought between the Pak army and the freedom fighters on 29 March in which about 40 Pak soldiers were killed. On 3 June 1971, the Pak army indiscriminately killed about more than three hundred innocent people at village Chhatni.

Hats, bazars and fairs Hats and bazars are 40, fairs 29, most noted of which are Tebaria Hat, Kali Puja Mela, Madan Mahan Rath Mela.