Administration Pabna Thana was formed in 1872 and it was turned into an upazila in 1984. 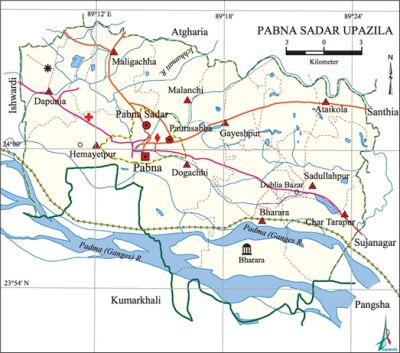 History of the War of Liberation On 29 March 1971 an encounter was held between the freedom fighters and the Pak army at the Telephone Exchange Compound in which 22 Pak soldiers were killed.

Natural resources Sand, Coal have been found in this upazila.